Australian-owned global online design giant Canva has dismissed criticism of its ongoing operations in Russia, saying it’s strongly opposed to the war in Ukraine and has a responsibility to promote 'anti-war content' to its users in Russia.

“The Australian Ukrainian diaspora is understandably appalled by Canva’s unprincipled position and the lack of action,” Ukrainian expatriate Uvi Levitski told Guardian Australia, adding that members of the Ukrainian community were considering protesting outside Canva’s offices in the inner-Sydney suburb of Surry Hills.

“A Russian engagement tracker run by the Chief Executive Leadership Institute at Yale University’s school of management includes six Australian companies – Canva, Atlassian, Viva Energy, law firm Herbert Smith Freehills, Qantas and Rio Tinto,” the Guardian said. “Canva is the only one of the six to draw the ‘digging in’ grade because it is ‘still providing services to Russia. The other companies have been labelled either ‘suspension’ or withdrawal,’ having either stopped serving the Russian market for the time being or pulled out entirely.” 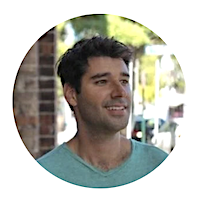 In response, Canva co-founder and COO Cliff Obrecht (pictured right) said; “Like billions of people around the world, we are strongly opposed to the ongoing war in Ukraine and strongly condemn Russia's continued and illegal acts of aggression. We wanted to provide an update on the steps we’ve taken over the last 2 months to continue supporting our Ukrainian community:

“We’ve blocked all payments in Russia: On March 1, we ceased processing all payments in the region to ensure that we're not making any financial contributions to the Russian economy. This means our paid product is not available and we've paused royalty payments to our creators and contributors.

“Promoting messages of peace and opposition to the war: We continue to keep Canva available to our Russian community to create pro-peace and anti-war content as well as to use Canva for education and non-profits. Our pro-peace templates have been used more than 275,000 times since the start of the war. Our hope is that we can provide the Russian community with a platform to champion important causes, communicate their opposition to the war, and to join in the resounding global calls for peace.

“Content reporting: We have not seen any evidence of Canva being used for the wrong reasons and we’re continuing to closely monitor the situation with a number of mechanisms we have in place. Anyone can easily report any inappropriate use of Canva websites, templates, and elements, including when used to spread misinformation or propaganda.

“Financial support for Ukraine: We have deployed $1,000,000 in donations through Canva Foundation to our Ukrainian contributors and a number of non-profits including UNHCR, Save The Children Ukraine, Tabletochki, UNICEF, and World Vision to support those impacted and displaced by the war.

“Like millions of people around the world, we’re heartbroken and appalled by the ongoing crisis unfolding in Ukraine, a sovereign nation where millions of innocent people have been forcibly displaced from their homes, their lives, and their families,” Obrecht said. His full statement can be found here.

“Stora Enso’s assessment is that due to the uncertainties in the Russian market, local ownership and operation will provide a more sustainable long-term solution for these businesses and their respective employees.”

The divested sites are located in Lukhovitsy, Arzamas and Balabanovo, employing about 620 people and have a total annual capacity of 395 million m² of corrugated packaging. The sites primarily produce corrugated packaging for grocery, home improvement, confectionery and pet food segments in the domestic Russian market.