The world’s largest trade show organiser Messe Frankfurt, which last week had to cancel its printed textiles flagship event Heimtextil, says the physical trade fair business model is alive and well but the company’s recovery from Covid is set to take longer than originally thought. 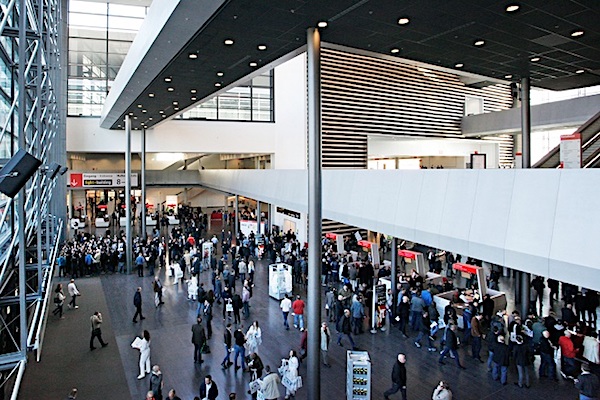 “We are registering a very strong desire on the part of our customers to participate in our trade fairs, even though the situation remains volatile and there is much uncertainty in the sectors,” said Wolfgang Marzin, president and CEO of Messe Frankfurt. “The effects of the pandemic will not be so easy to shake off, particularly as far as global travel is concerned. Even though the situation remains volatile, we are going into the new financial year with cautious optimism.

“The physical trade fair business model is alive and well – with a complexity and diversity that is only found in face-to-face interaction. The trade fairs that have taken place in recent months under tried and tested safety and hygiene standards have all pointed to a high level of intensity and customer satisfaction.”

While 150 trade fairs and exhibitions were held around the world under the Messe Frankfurt banner before the pandemic, provisional figures for the current financial year 2021 indicate less than half this figure. Accordingly, the German company expects sales to be in the region of €140 million after having been as high as €736 million in 2019 before the pandemic.

“We are concentrating on our strengths and, even in these challenging times, are continuing to invest in our portfolio around the world, in our Frankfurt base and in our workforce,” said Marzin. “However, the future development of our business will of course depend on the progress of vaccinations around the world, on the attendant relaxation of travel restrictions, the resumption of business travel and the desire to be globally active again.”

Detlef Braun, from the executive board of Messe Frankfurt, said: “More than 500 events are planned for financial year 2022, including many flagship events at our Frankfurt base such as Ambiente, Light + Building and IFFA. We are optimistic that participants will be able to travel to Germany from almost any country in the world without being subject to quarantine.”

Peter Feldmann, chairman of the Messe Frankfurt supervisory board and mayor of Frankfurt, added: “For years, Messe Frankfurt has set one record after the next. The coronavirus brought us to an abrupt halt. But we have a strong team of 2,300 employees with strong management at the helm. Rather than burying their heads in the sand when the crisis hit, they rolled up their sleeves instead. With new concepts and future-oriented trade fairs like Eurobike, Messe Frankfurt is ideally positioned for the post-coronavirus market. As the company’s shareholders, the City of Frankfurt and the federal state of Hesse are behind it 100 percent. We will do everything we can to ensure that the company gets through the crisis in good shape. Messe Frankfurt can rely on us.”

Meanwhile, more than 60 exhibitors are already signed up for the next major trade show in Australia. Pacprint 2022, including Visual Impact and the Label & Packaging Expo, takes place at the Melbourne Convention & Exhibition Centre, June 28 – July 1, 2022.