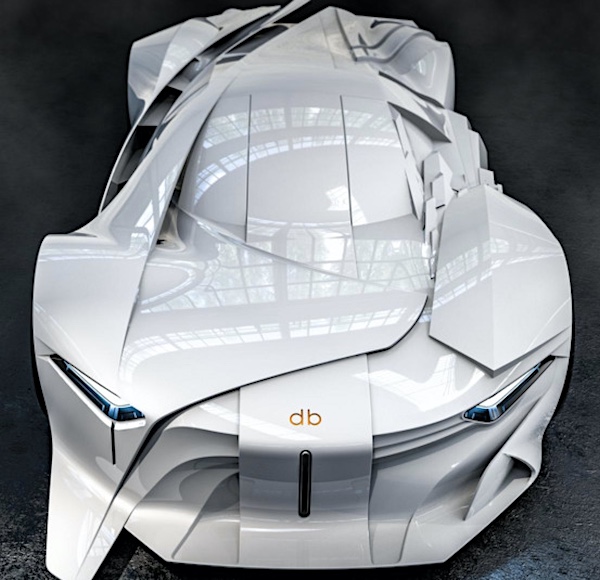 The sculpture-like DB Project car, printed on Marie 3D’s Massivit 1800 large format 3D printer, will be a star attraction at this year’s Festival Automobile International (FAI) in Paris from January 31 to February 3.

“It’s the first time in our 34-year history that we’re exhibiting a full-scale car that has been entirely produced with 3D printing,” said FAI President, Rémi Depoix. “Yamamoto’s concept car demonstrates immense creativity. We were keen to support this project and present the car almost as a piece of art, very much like a sculpture. I am very impressed with this new technology. It opens up new opportunities in terms of creativity and design for the automotive industry.” 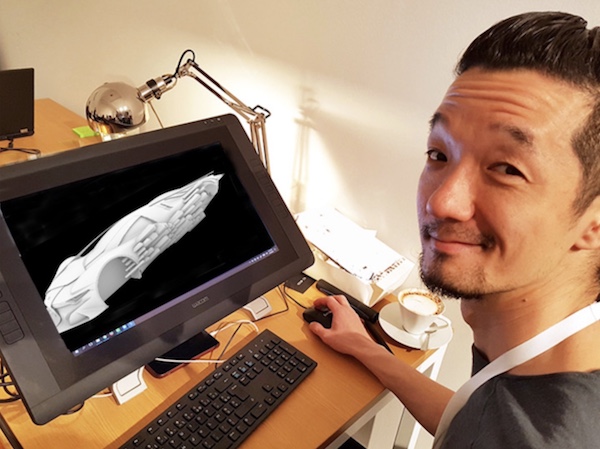 Takumi Yamamoto (pictured), designer of the GT by Citroen and a former leading designer at the PSA Peugeot Advanced Design Studio, is the creative force behind the concept car which is a consummation of his life-long passions for car design and the late David Bowie (1947-2016).

This new concept prototype production method provided the perfect expression of Yamamoto’s dream to build a concept car that embodied Bowie’s key personal and physical traits. The design incorporates a core body that represents and ‘protects’ the inner Bowie while the intricate, outer body is designed with different looks from various perspectives in homage to the singer’s chameleon-like personality. Crystals were chosen to reflect the purity of Bowie’s lyrical and musical message.

Paris-based Marie 3D decided 3D printing was the only feasible production method for implementing the concept car due to its ability to produce complex and creative geometry forms. Traditional manufacturing methods, including CNC routing, would have proven limited in terms of realizing Yamamoto’s vision. 3D printing turned out to be more cost-effective, with faster production speed and less waste production.

“This was an exciting challenge combining a work of art with a prototype,” said Marie 3D’s MD, Philippe Marie. “We especially enjoyed the fact that this is the first project that has allowed us complete creative control, independent of serving a car manufacturer. We have made the most of this total creative freedom. We embarked on the project to demonstrate the capabilities of our Massivit 3D printer in terms of size, speed and reliability. This technology provides a faster and significantly more cost-effective alternative to the conventional processes, supports design creativity, geometric freedom and smoother production.

“This concept car exposes a completely new method and capabilities for prototyping through 3D printing. Our goal now is to expose the possibilities to the automotive world.”

Amir Veresh, VP business development and marketing at Massivit 3D, said: “This project highlights how Massivit 3D’s large format 3D printing technology facilitates fresh opportunities for scale 1:1 concept prototyping and is sure to fuel the imagination of tomorrow’s car designers and manufacturers. We are absolutely thrilled to partner in this inspirational project.”