Cycling 200 kilometres over two days may sound like a crazy idea to some, but if it contributed to the battle against cancer, why wouldn’t you take the challenge?

The recent Sunsuper Ride to Conquer Cancer raised over $4m with over 1,000 cyclists entering and fundraising for the Sydney event. 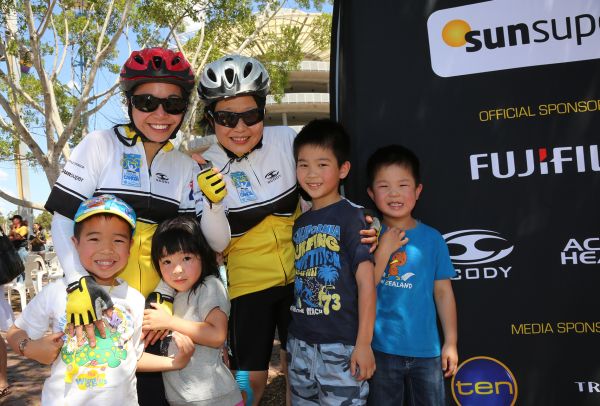 Fujifilm has been involved in The Sunsuper Ride to Conquer Cancer, for the past two years as the official photography sponsor of the Sydney event and has sent a team of riders to participate. Each rider raised a minimum of $2,500 that will benefit the Chris O’Brien Lifehouse, a world-class cancer treatment and research facility providing integrated care and support services to public and private patients.

Fujifilm’s Chief Operating Officer Dave Marshall himself rode for the cause last year. He said: “I consider it an honour to contribute to cancer research by participating in the event. It is safe, well-organised and fun, while making you feel good about yourself and those around you.”

As a developer and manufacturer of early detection methods for lung, bowel and breast cancer such as mammography, ultrasound, endoscopy and X-ray equipment, Fujifilm has been supporting cancer research for years.

Marshall adds: “The charity is a great match for Fujifilm. We are particularly passionate about conquering cancer and have a vested interest in helping to fight this horrible disease.”