Paul Plunkett, a flexographic printer from Pakaflex, has been named LIA Victoria’s 2022 Graduate of the Year at the association’s final meeting for 2022. Runner up was Jacinta Allen, who works in prepress at Breen Printing. 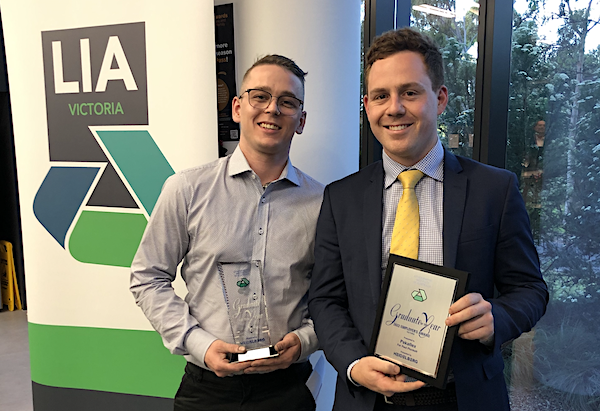 The gathering at Fujifilm Business Innovation in Burnley attracted more than 30 people including Plunkett, Allen, and this year’s other finalists: Rajiv Kumar from Schur Star Systems, Tan Pham from Andrew Kohn, Joshua McCormick from Pakaflex and Zac Soutar from Adams Print.

Plunkett received a study and career development grant of $3,000 and will compete for the National title at the biennial Awards in Sydney next year. Allen received a grant of $2,000.

In presenting the Awards, David Galbraith from LIA Victoria highlighted the diversity of this year’s pool and said the decision had been tougher than ever for the judging committee, with the talent, passion, enthusiasm and professionalism of this year’s graduates as good as any he had ever seen.

Lindsay Banks, who heads the LIA Graduate of the Year judging said the judge’s approach was to imagine each of the candidates was applying for a job with their business. “I can only imagine what a dynamic and successful business it would be if these six graduates were part of the team,” he added. 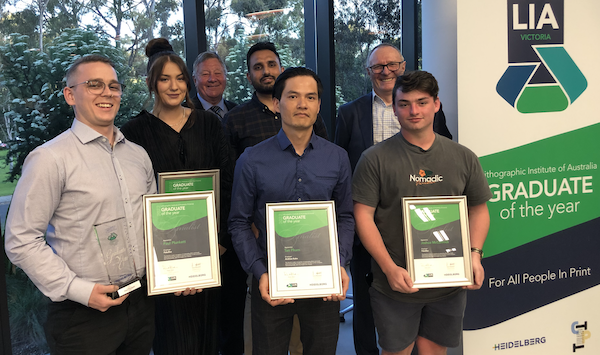 The meeting also honoured three of the Association’s former presidents and long-term supporters. Harry Prius was admitted as a Fellow of the LIA Victoria, while dynamic husband and wife team Robert and Meredith Chesney - who met through the LIA and have both served terms as president - were honoured with Life Memberships. 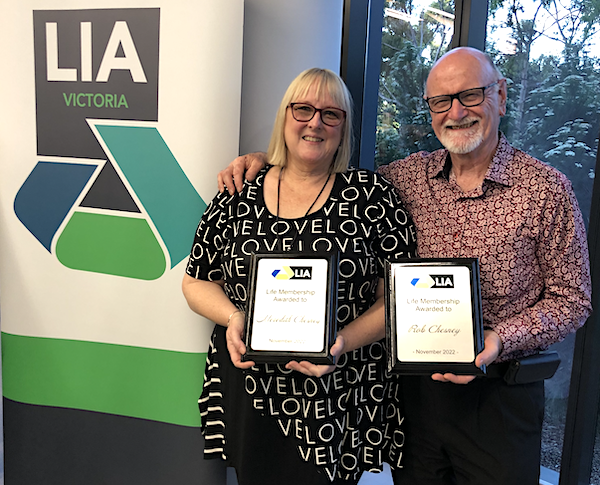 LIA Victoria president Robert Black said the awards night perfectly illustrated the value and diversity of the organisation, which he emphasised was ‘for all people in print’.

“Events like tonight, where we can encourage and support the very newest members of our industry and recognise some of those who have already contributed a lifetime of service, really illustrate the value of what we do,” Black said.

“Our membership welcomes everyone from apprentices and admin staff, through to independent business owners and the most senior management of larger organisations – a hugely diverse group, who nevertheless share a passion and commitment to this wonderful industry.”

LIA Victoria is planning several events for 2023, among other member benefits. To find out more or apply for membership, go to https://lia.com.au or contact Jenny Berry at Jenny.Berry@aigroup.com.au.