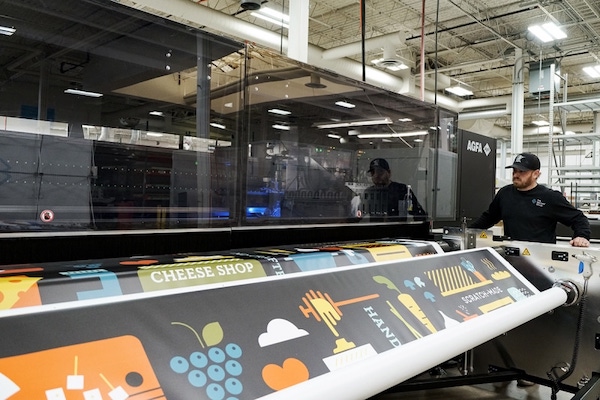 TBG is a 100% employee-owned visual merchandising company that designs and produces experiential environments for the world’s most prestigious retail brands.

“We pride ourselves on staying on the cutting edge of technology and go to excruciating lengths to make sure we get it right,” said Kristopher Parks, director of print production at TBG. “We spent several weeks traveling multiple continents researching vendors, technological updates, new functions, and faster run times to secure the right partner.” 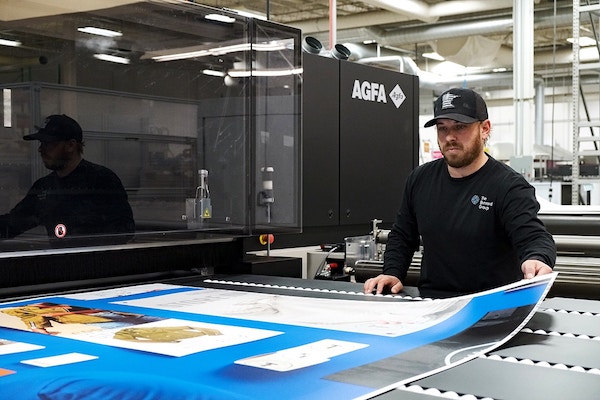 “The Jeti Tauro H3300 UHS systems have a significant benefit from an environmental standpoint in that they have lower power consumption, and the inks are GREENGUARD Gold certified,” said Parks. “The ink has a higher pigment load, so you use less of it to get the colour you need.”

TBG evaluated the output and projected ink usage based on current data. The company anticipates a swift return on its investment within the first two years of operating the Jeti Tauro H3300 UHS LEDs.

The Jeti Tauro UHS features a back-to-front camera on the MRTR configuration; an edge TBG was seeking for accurate double-sided printing. The MRTR accommodates two rolls up to 1500 pounds for unattended automated double-sided roll printing. Its integrated camera system reads QR codes to pinpoint the exact location of the image and adjust the print position at the start of every job, ensuring front-to-back accuracy of +/-3mm over 300 feet.

The heavy-duty Jeti Tauro UHS easily handles multiple shift operations and 24/7 printing. “Agfa also offers a more robust automation system that’s been proven in the field,” Parks said. “After you load a skid of material, the Jeti Tauro H3300 UHS produces it with little to no manual action from an operator.”

The Jeti Tauro H3300 LED engines are driven by Agfa’s award-winning wide-format workflow software Asanti, which controls the printing process from prepress to production and finishing. It simplifies, optimizes, and automates as many steps as possible, offering a high-performance solution for increased productivity.