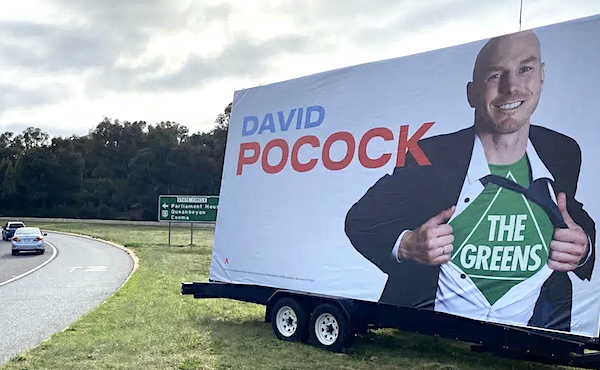 “The AEC considers that the following signage authorised by the entity Advance Australia is in breach of section 329 of the Commonwealth Electoral Act 1918 (Electoral Act),” the commission said. 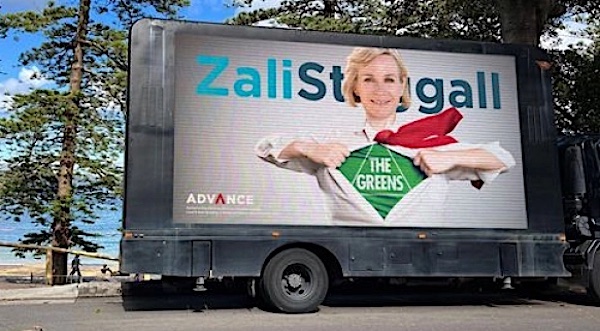 “Each sign depicts the face of the candidate, their names (in a style similar to that used in electoral matter authorised by or on behalf of those candidates) and the candidates wearing clothing containing the official logo of the Australian Greens," said the AEC.

“The signage contains no other images or phrases that correct the representation made by the images. Both candidates in question are not endorsed by the Australian Greens. The signage has appeared on trucks, including trucks parked near pre-poll voting centres. The signage is authorised by Advance Australia.”

The AEC said: “It is an offence to publish, permit or authorise to be published during the relevant period (being the period commencing on the issue of the writ for the election and expiring at the latest time on polling day at which an elector in Australia could enter a polling booth for the purpose of casting a vote in the election) any matter or thing that is likely to mislead or deceive an elector in relation to the casting of a vote: s 329 of the Electoral Act.

“The AEC, or a candidate, can seek an injunction under s 383 of the Electoral Act in the Federal Court in relation to conduct that breaches s 329.

“While Advance Australia does not agree that the signs breach the Electoral Act, it has, to avoid the AEC bringing legal proceedings, agreed not to further display the signage without first providing the AEC with 48 hours’ notice.”

The AEC last week launched an investigation into unauthorised election signs linking a number of independent candidates to The Greens and said it was seeking to get to the source of the signage and find out how it was produced.