The EU has released plans for the ‘largest ever ban’ on up to 12,000 toxic substances that include chemical compounds used in the manufacture of various plastics such as PVC (polyvinyl chloride) – still widely used in the sign and display industry despite an increasing shift to PVC-free solutions. 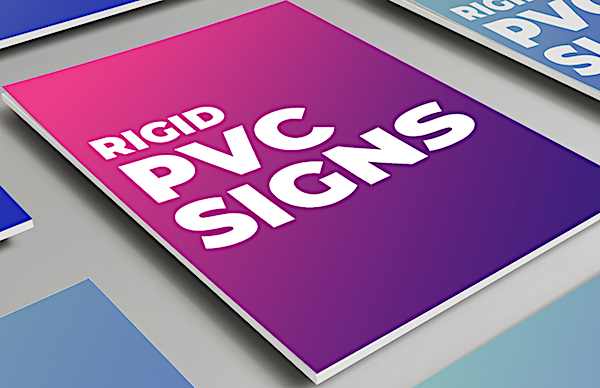 The EU’s new “Restrictions Roadmap under the Chemicals Strategy for Sustainability” is seen as a first step to prohibit toxic substances linked to cancers, hormonal disruption, reprotoxic disorders, obesity, diabetes and other illnesses.

“Industry groups say that up to 12,000 substances could ultimately fall within the scope of the new proposal, which would constitute the world’s ‘largest ever ban of toxic chemicals,’ according to the European Environmental Bureau (EEB),” The Guardian reported.

Tatiana Santos, the bureau’s chemicals policy manager, told the paper: “EU chemical controls are usually achingly slow but the EU is planning the boldest detox we have ever seen. Petrochemical industry lobbyists are shocked at what is now on the table. It promises to improve the safety of almost all manufactured products and rapidly lower the chemical intensity of our schools, homes and workplaces.”

The report said: “The plan focuses on entire classes of chemical substances for the first time as a rule, including all flame retardants, bisphenols, PVC plastics, toxic chemicals in single-use nappies and PFAS, which are also known as 'forever chemicals' because of the time they take to naturally degrade.”

The European Chemicals Agency favours dealing with chemicals in groups because chemical firms have previously avoided bans on individual chemicals by tweaking their chemical composition to create sister substances that may also be dangerous, but which then require lengthy legislative battles to regulate, according to The Guardian.

“The industry tactic, known as ‘regrettable substitution,’ has been criticised by environmental groups for allowing the replacement of substances such as the endocrine-disrupting bisphenol A with other bisphenols," the report said.

“More than 190m synthetic chemicals are registered globally and a new industrial chemical is created every 1.4 seconds on average.”